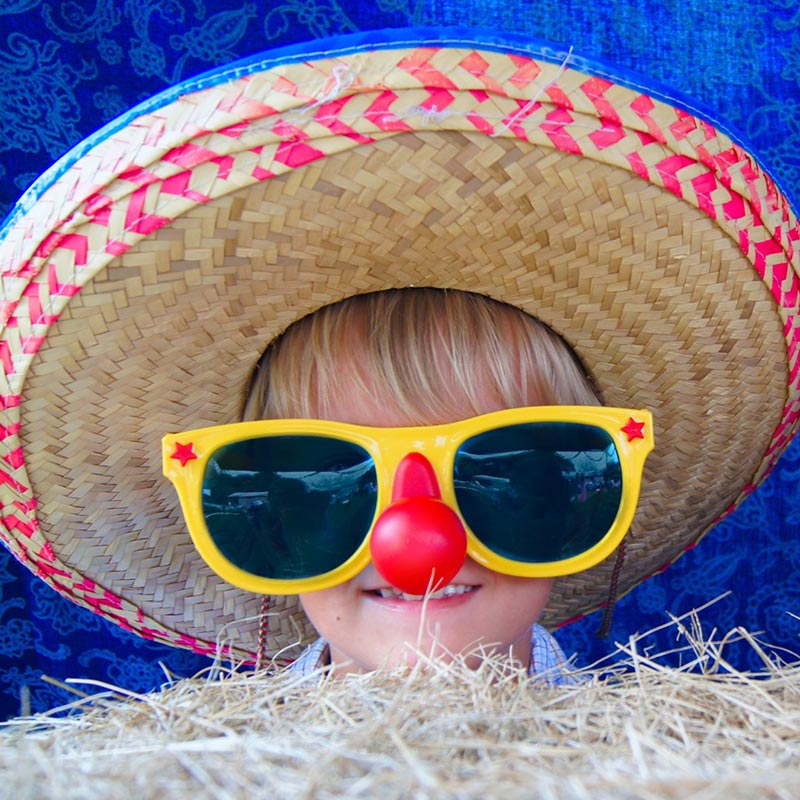 I love to laugh. I love it so much. It’s such a good way to relax, and with just one episode of Seinfeld of an evening, the worries of the day melt away.

Laughter is such a rich dimension of human existence. It makes us feel relaxed and connected, which is so needed in these stressful times. Yet it also has a darker side; the power to exclude, diminish and ridicule. How can we learn to navigate laughter with integrity and respect, whatever our role in life – without taking the joy out of things?

It’s helpful to become more aware of the power of laughter – how it supports interaction, what it’s telling you about what’s going on, and when it becomes destructive. It’s also good to get clear on how you or someone you know is using humour, particularly if it feels ‘not ok’ in some way. Having a sense of humour, and being able to make people laugh, is an attractive and powerful thing in most Western cultures, so it needs to be approached with care.

Neuroscientists say we’re 30 times more likely to laugh when we’re with others than when alone. Most of this laughter happens in simple conversation, at the rate of about 5 laughs every 10 minutes, just in response to statements rather than jokes. So it’s an important part of our social communication and a completely normal part of bonding and agreement.

Yet context does matter and the amount and type of laughter can set the tone and culture in any meeting, sometimes feeling warm, generous and inclusive, sometimes a little flat or tentative, and at other times quite pinched and exclusive.

In top-down cultures when the boss tells a joke, everyone laughs, while less powerful peoples’ jokes fall flat. So laughter has this dark potency within it. It can be being used as a way of signaling, or weakening another’s power, or even annihilating it. When a Prime Minister makes a joke which ridicules a particular person or group of people, and there’s laughter, we need to start worrying about the state of our democracy.

We have all had different experiences of laughter in our lives, and it’s helpful to reflect on this, particularly if you’re a leader of some sort. What was allowed as you grew up? Were you a giggler or more serious? Did you experience ridicule, or get involved in ridiculing others? Was it important for you to be ‘funny’ at any time? Did you get strength from colluding with others? What makes you laugh these days and how much do you enjoy that? In the workplace, and in community life we may have cultivated a self-image and a set of habits on the serious-funny continuum which we might be holding onto.

I’ve had quite a journey with laughter myself, from having been described in an early secondary school report as ‘very silly indeed’ to my father warning me as I set out into the world that my sense of humour could let me down in life. So I tried to suppress this need to make people laugh, and developed a fairly sober work persona, with humour popping out sometimes in the least appropriate places which was sometimes extremely unhelpful to relationships.

Over the years, as consultant and coach, I’ve been able to channel this more positively, using humour to support people to see something that feels difficult, and allowing more lightness in interactions. The tricky thing for me has been to learn to explore any tension between me and others without being tempted to dissolve it with a joke. More recently, in 2019 I found myself trying my hand at stand-up in London comedy clubs (see second picture), and finding this an excellently terrifying way of focusing that ‘funny bone’ in me, that just wants everyone around me to collapse laughing.

Cracking up with laughter

The neuroscience underneath all this is fascinating. It turns out there are two types of laughter. One is voluntary laughter, which we can modify for social reasons. The other is involuntary laughter which is less controllable, and feels like getting the giggles or ‘cracking up’. The latter sounds different from the former, with a higher pitched noise at the start, and then regular little squawks, that renders you seemingly incapable of talking or moving properly. If you’ve forgotten how it is to experience involuntary laughter, and how infectious this is, listen to a BBC Radio 4 newsreader melting into laughter at the most inappropriate moment after a colleague made a very funny off-air comment.

Involuntary laughter is a true expression of friendship. When it happens, it’s hard to stop, and it invokes a completely different system of vocal expression that’s part of the old mammalian brain. You could say, because of the way it seems to light up our natural opioid centers, that it acts the same way as grooming in chimpanzees. Some also claim that it can tone your muscles and lower other stress hormones such as cortisol. It certainly feels good to me, yet when it feels transgressive to others it can be damaging to your social standing, ‘trustability’ or credibility in that group, and even to the work of the group.

I once facilitated a workshop for a local authority care team where a serious case was being discussed, and one of the leaders was talking about how desperate she felt about what had happened, and how isolated she’d been feeling in the wider team. A junior team member started giggling right in the middle of this and just couldn’t stop. This felt very shocking. She had to leave the room to calm down, and came back a few minutes later apologizing profusely, but also still with laughter ratting about in her ribcage. It turns out another junior colleague had made a face that ridiculed the manager speaking, and set her off. That told me something about the hierarchies and loyalties at work, and also the lack of capacity in that team to hold the seriousness of what had gone on.

Voluntary laughter, also known as ‘social laughter’ is less risky. It can be good for you and your colleagues, particularly if the tone is generous and inclusive. If everyone is able and willing to join in, the atmosphere becomes more relaxed. This helps to reduce our stressful reactions to fear and anger so that we are more able to deal with conflicts and uncertainties; so much better for us than suppression. Neuroscientists believe that we evolved this capacity to use our finely tuned vocal capacities to mimic involuntary laughter, thus speeding up bonding and trust building within and between social groups.

Social laughter involves the frontal cortex whereas the involuntary type doesn’t. This means we maintain cognitive, social awareness, and a keen sense of the tone and mood of the conversation around us, attuning our laughter accordingly. Some of us are better at this than others, although most people instinctively know the difference between the two types of laughter. On occasions the voluntary type may well open up into the involuntary ‘creasing up’ type if a conversation becomes particularly hilarious.

How does all this work when communicating in groups online? Research indicates that as long as people can see each others’ faces, or hear each other, laughter online can have the same effect as face to face. Some simple advice for leaders is to give yourself 5 minutes to relax and focus before an online meeting, and allow a relaxed smile to warm your face when you switch on your video. Another tip is to ensure that each person is given time to talk, and encourage everyone to use the equivalent of ‘gallery view’ on Zoom when you’re checking in. In this way, everyone can see everyone’s face, and infectious smiling or laughing is more able to happen.

Breaking into smaller groups, within normal teams and across teams, helps to warm people into topics, and you can be sure that the usual social laughter will smooth things along the way if you have set the tone right. Look out for splitting tho’, when the safety to speak up is perceived to be low, and little power groups form, sending Slack and WhatsApp messages and making barbed jokes to each other while meetings are happening.

Laughter is a universally recognized emotional communication, so has an important place in our relating – whether voluntary or involuntary. When it happens in relationship, and is generous and spontaneous, it lowers our stress levels and brings us a sense of joy, well-being and belonging.

In the months and years to come, as we find our way through the challenge and uncertainties ahead, it’s one of the most lovely, natural capacities we have as human beings. A key to respecting its power is to stay generous, and open and loving of your fellow humans. I notice that the more I allow myself to join in with laughter that had good heart to it, yet resisting those little collusive jokes that demean others or ourselves, the more authentic and relaxed I’m able to be in relationship.

Reflecting on all of this, I find myself really appreciating how laughter has supported me through the years. Yet I also feel mindful about the times I’ve messed up and been careless, and ended up being unkind and insensitive to or about others – for the sake of a joke.

Let me know how you’re experiencing seriousness and laughter these days in your work, and in your wider family and community life. I’d love to hear – and maybe we’ll have a chuckle together too.